I know I've spent time on this blog complaining about how hot it is here in Dallas. But today, my complaint is the opposite. Yesterday afternoon we started getting precipitation known as "winter mix" or "ice pellets." I had to take Gary to the airport, but made it there and back safely. By 5pm it was a bit worse, but Rachel went to her friend's house anyway. By 9pm she decided it was too bad to risk driving home, so she spent the night. When she arrived back this morning, she wished she had stayed longer.

As the evening went on, I started getting mad at the furnace. I kept turning the thermostat up, but it didn't seem to be getting much warmer. We had earlier had problems with the thermostat, so I assumed that was the problem. I cuddled up with extra blankets (where's Gary when I need him?) and went to sleep.

This morning, the house temperature was 59 though the thermostat was set at 69. As I snuggled by the space heater, it occurred to me that the propane tank might be empty. I got up, took a hot shower (draining all the hot water) and then put on layers of clothes while my skin was still warm. I went outside, and found this: 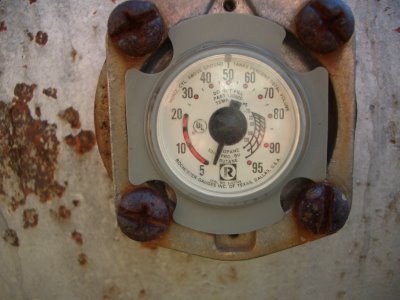 So I called the propane company--along with hundreds of other folks in the metroplex who are having heating issues--and they said "sometime" today they will come. Actually, they were already planning to change out the big tank for a smaller one, and were waiting for the level of propane to go down before switching it out. Well, it should be plenty light now, since it is empty. 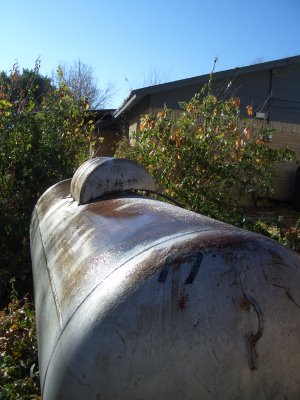 So I'm trying to figure out ways to keep warm today. Along with a very large cup of hot tea, I started out by making a bowl of Ma Hoyt's Power Oatmeal, recipe cut and pasted below (minus her nice formatting):


* pour water in pan to boil, add salt, maple flavoring and cinnamon
* peel, and chop one half an apple, add to water
* Only use long cooking oats-they pack more punch
* Put in more oats than they say, so you don't end up with a wimpy thin mixture
* When desired doneness is achieved (I always undercook it, 'cause I like some "meat" to my oatmeal) transfer cooked product to bowl
* add brown sugar, walnuts, slivered almonds or pecans. I use walnuts since they are cheaper...
* add milk with fat content of your choice. I use 2%, because life's too short for skim or 1%. 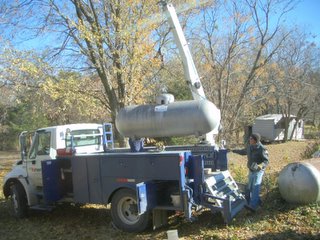 Here it is only 3pm and they've already come and replaced the tank, refilled it, and relit the pilot lights. Yay!
Posted by Thainamu at 10:26 AM 3 comments: 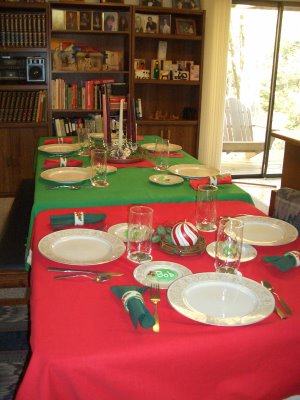 Tonight we had a Christmas dinner and party with our weekly Bible study group from church. My original plan was for a white plastic table cloth, but I learned the hard way that it does not work to put such an item into the dryer to remove the wrinkles. So I went to plan B and had two tables of contrasting colors. 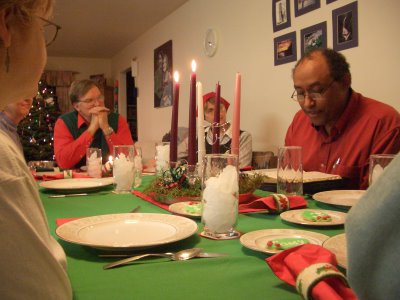 We started with Bible reading and communion, then enjoyed a lovely meal together. After that we did the white elephant gift game. It seems like each year the rules to that game get more and more complicated - this year we had to lead the group in a Christmas carol before we were allowed to open a gift.

In other news, Rachel got laid off her job yesterday. It wasn't too much of a shock since we expected the job to end around the end of the year anyway, but it does mean she needs to start looking for a "real" job now. Pray with us about that, if the Lord brings her to mind. Also, her big Texas teacher test is this coming Saturday.

Gary is off to Michigan tomorrow for a couple days of consulting at Eastern Michigan University. I hope he doesn't freeze to death.
Posted by Thainamu at 10:03 PM 1 comment: 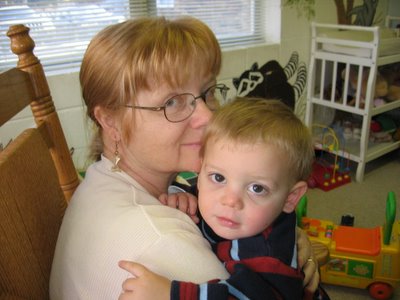 Our church nursery was getting desperate for help, so Rachel and I volunteered to join the roster for the first Sunday of each month. This may be the closest I get to grandkids for some time :-( 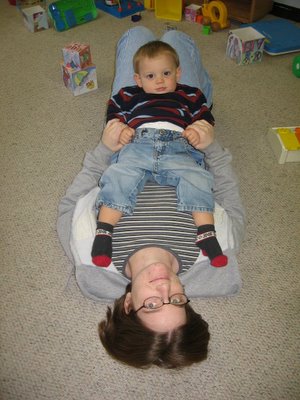 The three kids we took care of today were happy kids, if all with runny noses and one with a load in his diaper. The two boys were the cuddly type, while the little girl seemed pretty independent.

These are the things I learned today: 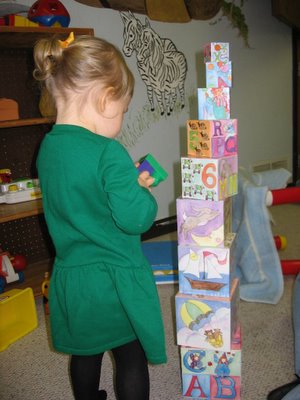 My baby may pass that teacher test yet.
Posted by Thainamu at 4:28 PM 3 comments: