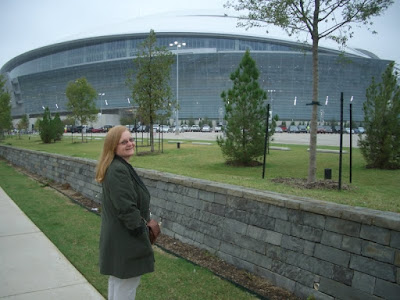 I know it is hard to believe, but Gary and I attended a U2 concert last evening. It was the first and only rock concert I'd ever attended, unless you count the Amy Grant concert that was held after a Rangers' game many years ago. I'm not an absolute huge fan of this band, but I do like a few of their songs, and it was nice to hear them in person.

The major reason I talked Gary into this outing was so that he could see the new Cowboys' stadium. It is huge! You can see my short online album about the stadium. The food prices were high, there was a beer cooler every 40 feet, and the toilet I used sprayed water everywhere. Other than that, the place was impressive.

My observations about the concert:

Speaking of the band's screen, it was very interesting from a technology point of view. It was shaped like a loop that went over the band. It was made up of many small hexagonal shaped panels that either fit tightly together to make a solid screen, or separated (each piece being connected to an expando lattice structure that either held the pieces tight together or slightly apart. This photo shows them when apart: 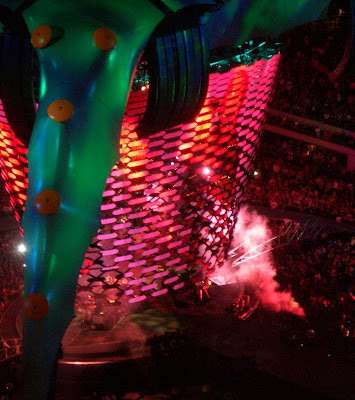 The multimedia and light show was impressive. And it makes you wonder how they move all that equipment and structure from one place to another. They must employ a massive crew to do the logistics. Here is a collage of photos showing some of the light show. 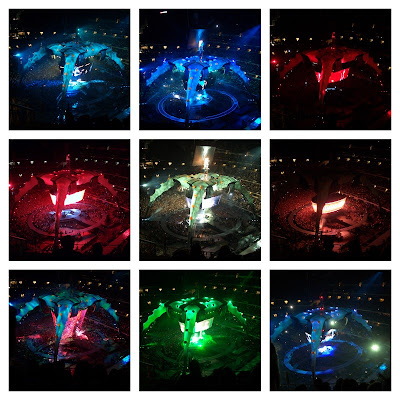 I guess I should end this lengthy post with two more photos:
I was there: 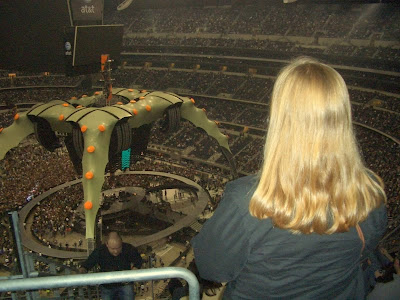 And here's a horrible photo of the band: 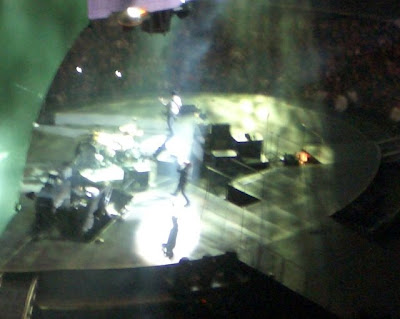