As I mentioned in the last post, I've updated my computer set up. This is the old piece of furniture that I'm getting rid of. It served me well for many years in spite of being built of particle board and held together with epoxy putty. 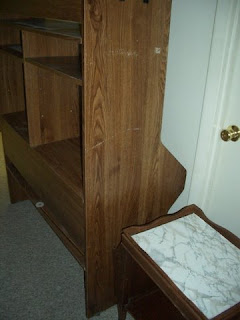 But when I got this thing out of the office this is what I found taped on the end of it and Gary and I started laughing. 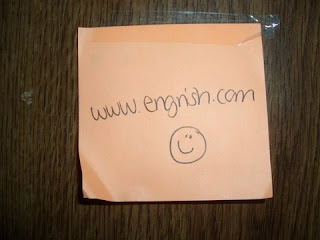 You see, way back in the summer of 2004 the German exchange student, Doro, decided to say good-bye to us by putting post-it notes all over the place with little reminders of things we had done with her, or funny things we had laughed about, etc. She told us we would find them for years to come. I didn't believe her, but it turns out she was right!
Posted by Thainamu at 10:09 PM No comments:

I rarely go to garage sales, but this one was just around the corner. Mr. Olson's wife died earlier this year and he is having to move to California to live with his daughter. So he had a garage sale and I bought about $60 with of stuff. One item cost $40 and that shall remain a secret until Gary's birthday. But the rest of the stuff cost between $1-$5 each. 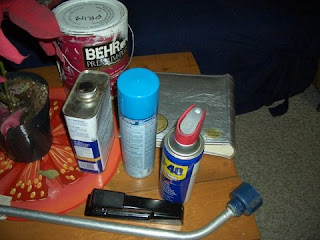 I ended up with a skinny bookshelf that worked perfectly as a nightstand in the apartment. Then I took the nice typing table, a file drawer on wheels, and a section of metal shelving to reinvent my computer set up. 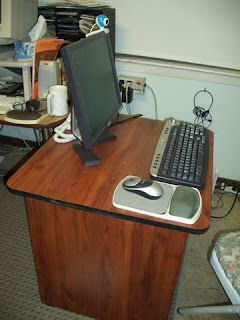 I tried really hard to finish this conversion while Gary was outside, which didn't quite work. He can't see the point of switching furniture around as often as I do, though it is undeniable that it at least accomplishes the feat of removing a foot of dust and cat hair from behind everything. 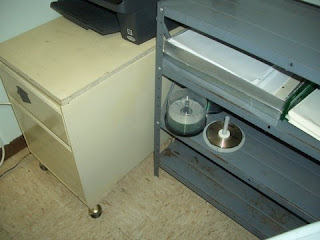 The truth is, I made this switch so that I can see Gary's face when we are working together on reading his email each morning. Either he has learned to mumble in his old age, or I'm going deaf, so with the computer in this configuration, I can read his lips and won't have to say "what?" so many times.
Posted by Thainamu at 9:49 PM 3 comments:

Birds of the Solstice Report

I participated in the Birds of the Solstice project on Dec 21, and I was afraid I'd have the fewest number of birds to report since I did not stray from my house to do this project! But, I needn't have worried--one observer only saw one single bird! (But actually I'm surprised there are any birds north of the arctic circle!)

Click on the banner above to see who participated and what birds they saw on the shortest/longest day of the year.
Posted by Thainamu at 3:16 PM No comments:

I haven't been blogging here much. Mostly I've been blogging on my family site since we're pretty involved in our bathroom remodel at the moment.

I made no New Year's Resolutions, but I need to get off the Christmas diet and back into some salads soon!
Posted by Thainamu at 8:12 PM No comments: